The device, which turns the picture or rather light into an electric (electronic) signal, is called a video camera (camcorder). It’s usually equipped with a recorder, which records the signal and preserves it. It embodies centuries of development and innovation, as the term camera obscura has even been by Leonardo da Vinci. The development of optics, electronics, computer science and different equipment has allowed humans to look into micro- and macro-spheres once invisible to them.

One part of the video camera is the lens. Its task is to collect the light and direct it to the sensor, which turns the light information into electric value. Electronic circuits, which read electric value on the light sensor, form these electric values into a signal suitable for analogue or digital recording. In addition, there is the unit for the recording of the signal. Lately, digital recording cameras have completely replaced the analogue ones. The market offers various models in an extremely broad price and quality range.

The lens is a system of lenses, whose function is to capture or transfer the light, which reflects from the recorded objects, onto the film or electronic sensor. The distance between single lenses can be changed with the help of the focus ring, with which we can move the distance of the focus point away or towards the camera. This is similar to the way we use the lens in our eyes, mostly subconsciously.

Apart from the lenses, the essential component of the lens is the shutter. It represents some kind of a “light vent”, with which we control the amount of light that exits the lens. We use it to influence the exposure as well as the depth of field, as we will see in the following examples. It is made out of blades, which move and consequently form an opening with a changeable diameter.

In reference to their focal length or angle of view, we roughly divide lenses into three groups: – wide-angle lenses – normal lenses and – long-focus lenses (telephoto lenses) 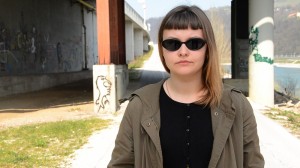 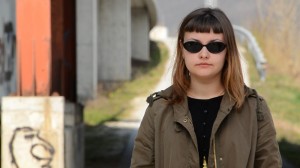 A separate group of lenses are special lenses that satisfy different special needs with their constructional characteristics. Such are e.g. macro lenses that allow filming from a very short distance or from great vicinity, which is important for filming small objects or details. In this group, there are also low-light lenses, catadioptric lenses, extreme telephoto lenses, extreme wide-angle lenses, etc.

The development of optical fibres has brought a rapid progress in the construction of special lenses. The filming of images is nowadays used for all kinds of purposes, such as science, military, medical, etc.

The object, which is focused in the picture, will surely attract attention. Setting the point of focus is one way of guiding the viewers’ attention and by that emphasising the importance of the object within the focus range.

Most lenses have a turnable ring for changing the distance of the focus point (distance of the object – p) which is marked on the lens with a scale in meters or inches. If the focus is set at a certain distance, the image of the objects or persons at that distance will be sharp. Objects or persons significantly further from or closer to the point of focus will be more or less unsharp. The range of still acceptable focus is within the range of the depth of field (x-y meters). 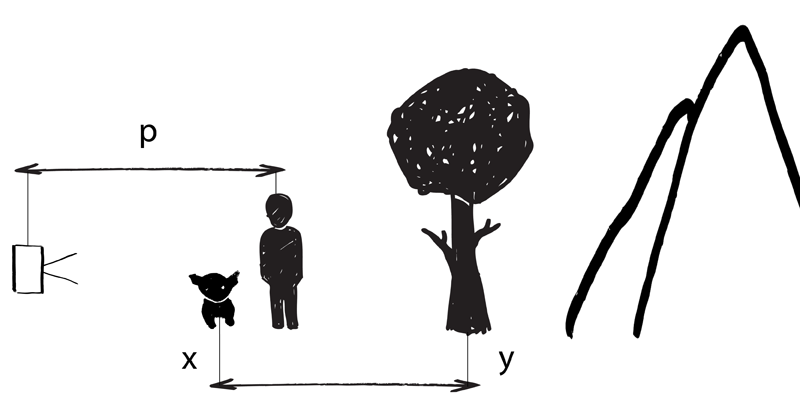 In the history of film, the concept of depth of field was most explicitly used in Orson Welles’ film Citizen Kane (1941). Considering the technical possibilities of that time, the film’s director of photography Gregg Toland created a total masterpiece and invented a never-before-seen style of film photography. He named it “forced focus”. 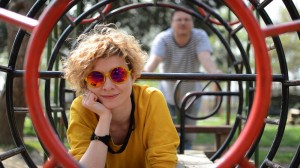 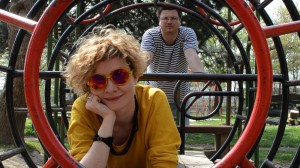 There are different formats of film or video moving pictures depending on the ratio between the size of the vertical and horizontal side of the image. Their common feature is that their horizontal side is always bigger than their vertical side. This is also characteristic of the field of view of the human eye.

The oldest film format has an image height and width ratio of 1,33:1 (4:3). It originates from the very beginnings of film from the end of the 19th century, when Edison patented the 35 mm film roll. It is still in use today in the same dimensions. This format was later also taken over by television and was used until the recent appearance of HD television, which instead uses the 16:9 format. Nowadays, most TV receivers and computer screens are made in this format.

As a consequence of technical innovations, a whole range of formats have emerged in the film industry, some of which were never widely used. We are naming only the essential three, which are still widely used today. The European “widescreen” (1:1,66), an old-time standard for most European films, is rarely used today because the unified standard of digital cinematography DCP (Digital Cinema Package) requires the 16:9 (1,78:1) format. The American “widescreen” (1:1,85), in which most American and part of the European film production is shot, is the more frequent cinema format. It’s compatible with the 16:9 format, requiring only minimal masking of the picture at the top and bottom edge.

The widescreen format CinemaScope (1:2,35) has its beginnings in the 1950s. With the appearance of television, film production – out of fear of the competition – tried to attract audiences with new innovations. It remains in use today, some television and computer screens are even produced in this format. 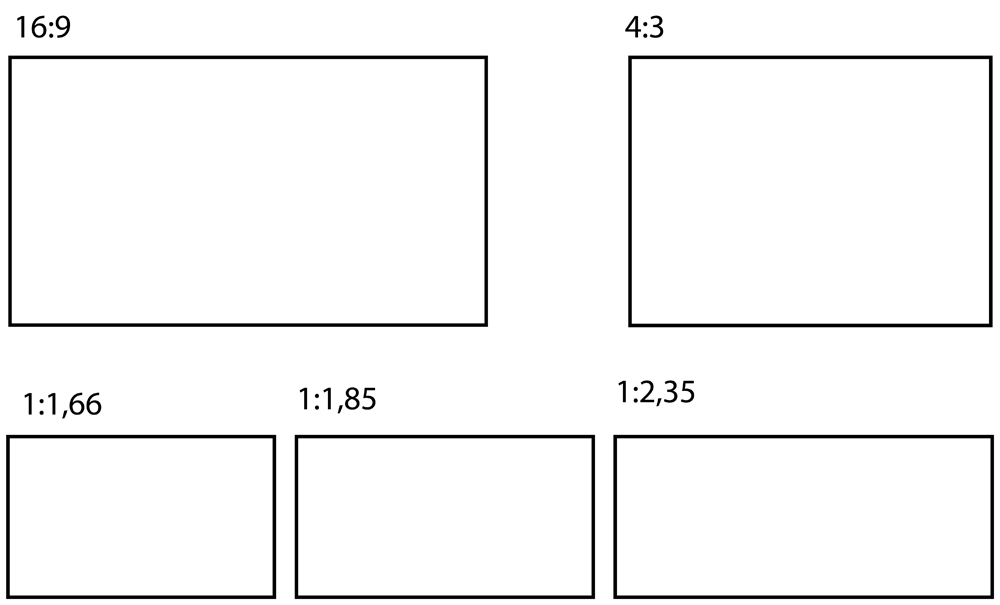 Exposure is the product of the amount of light that falls through the lens on the sensor (CCD, CMOS or similar) and time.

The amount of light that falls through the lens can be regulated with the shutter. But we must keep in mind that changing the shutter also changes the depth of field of the lens. For example: if we decide that we want a shallow depth of field and we are shooting with an open shutter, we can adjust the amount of light with ND filters (neutral density). These filters don’t affect the colour, but reduce the amount of light that passes through them. Most video cameras already have some of those filters built in. Usually, we can additionally place them in front of the lens.

We can also regulate the exposure by changing the amount of exposure time. The usual time of light exposure while filming 25 frames per second is 1/50 of a second. Using the SHUTTER setting, we can shorten or prolong the time depending on the need. For example: if we are filming fast moving objects, normal exposure time will produce unsharp images on single frames. The filmed object will also be unsharp (motion blur). By shortening the exposure time (e.g. 1/500 or 1/1000), fast moving objects will be sharper (e.g. in sport situations and similar). 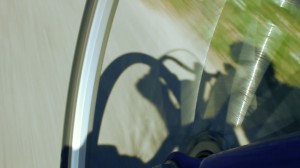 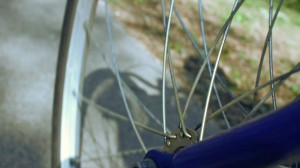 When filming, we come across different light sources in different colours. A sunny day, a cloudy sky, sunrise, sunset, incandescent light bulbs, fluorescent lamps, LED, etc. Each of these sources has a different colour temperature measured in Kelvins. For example, the colour temperature of a candle is around 1000 K, an incandescent light bulb is between 2000 and 3000 K, sunlight at noon is between 5000 and 6000 K, a cloudy sky is around 7000 K… Lower values of colour temperature represent warm (red, orange, yellow) tones, higher values stand for cold tones (green, blue…).            As we know, we look with our eyes but see with our brains. The signal, which comes to the brain from the retina, is analysed in different brain centres. Among other things, the brain subconsciously carries out the process of white balancing. For example: a piece of white paper always looks white to us in all colour temperatures. 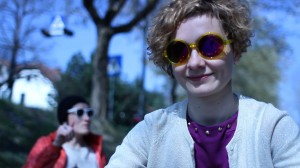 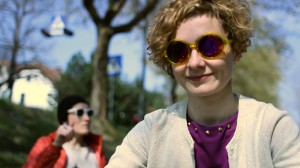 CONTINUE TO SHOT AND FRAMING HEIGHT >>